Normal Human Dermal Fibroblasts (NHDF) are cells isolated from human skin for use in various studies. From skin aging to wound healing and even cancer research, NHDF presents many opportunities for in vitro experiments, both as a monolayer culture and in 3D skin models.

This article will give an overview of the applications of NHDF in research, including in vitro skin models.

What are the Applications of Normal Human Dermal Fibroblasts?

Normal Human Dermal Fibroblasts (NHDF) are one of the many types of human skin cells used in life sciences research. In the human body, dermal fibroblasts are found in the dermis layer of the skin (which lies below the epidermis, the outermost layer). They generate and maintain connective tissue, play a crucial role in wound healing, and produce proteins for the extracellular matrix that joins together the dermis and the epidermis.

Primary NHDF can be harvested from explants of juvenile foreskin, obtained after the circumcision of babies, or from adult skin leftovers after plastic surgery. Such skin explants are washed and desinfected, then normal human dermal fibroblasts are isolated from the dermis, stabilized as a primary culture, and cryopreserved (frozen). The quality of primary NHDF is very important for generating high-quality cultures and reconstructed skin models and producing reliable scientific data.

The inherent biological properties of normal human dermal fibroblasts make them very valuable for medical, dermatological, and genetic research, including such areas as:

Using normal human dermal fibroblasts as part of in vitro skin models can help researchers better understand how skin is affected by various biological and environmental factors, such as aging, chemical and physical stress, microbiological influences, and more.

For example, in the following experiment, NHDF played a crucial part in in vitro investigation into the photo-aging process–how skin is affected by UV exposure. NHDF were used to create two 3D reconstructed skin models : test and control. The test model was submitted to UVA+B irradiations at different doses, once a day, for 4 days (RecSkinUV) and the control model was unaffected (RecSkinCtrl).

Comparing the two resulting models provided insights into the complex photo-aging process at the dermis level.
By using histological analysis after hematoxilin/eosin staining, researchers could see the effect of UV radiation on tissue morphology: a UVB background (75 mJ/cm²) associated with the lowest dose of UVA (1 J/cm²) had very few effect on the tissue morphology, 24h and 96h post- irradiations (corresponding respectively to the D9 and D12 of the reconstruction). Interestingly, the increasing doses of UVA from 7 J/cm² to 10 J/cm² led to morphological modifications of the tissue aspect, in particular at the epidermal level with the appearance of spongiosis. The lesions were dramatic with UVA at the maximum dose of 10 J/cm², particularly 96h after the latest irradiation. slight loss of cohesion, less thickness of the living layers and less organized basal layer.
The histology results were completed with a transcriptomic analysis which showed that 24h post-irradiations showed an overall modulation (up and down) of key skin biomarkers. By focusing on the intermediary condition of repetitive UVB (75 mJ/cm²) + UVA (7 J/cm²) exposure, we highlighted an up-regulation of 55 genes involved in number of essential functions (inflammation, matrix degradation…) and a down-regulation of 121 genes important in extracellular matrix construction, cell adhesion, metabolism… The condition of repetitive irradiations at the doses: UVB (75 mJ/cm²) + UVA (7 J/cm²) was retained for further investigations.
Then, the gene expression profiles of the two models showed how irradiation affected different skin ageing biomarkers.The comparative analysis by RT-qPCR between RecSkinCtrl and RecSkinUV (UVB 75 mJ/cm² + UVA 7 J/cm²) 24h post-irradiations showed that MKI67 (marker of proliferation KI67) expression was down-regulated. Gene expression of CDKN1A (cyclin-dependent kinase inhibitor 1A) and CDKN2A (cyclin-dependent kinase inhibitor 2A) was up-regulated in RecskinUV. These two genes code for proteins named p21 and p16, which are known in the literature as biomarkers of aging.

These data could then be used to design effective compounds that can prevent or treat photo-aging of the skin.

This experiment is one of the many examples of how normal human dermal fibroblasts can be used in novel in vitro evaluation tools, applicable in the dermatological and cosmetics industries, among many others. 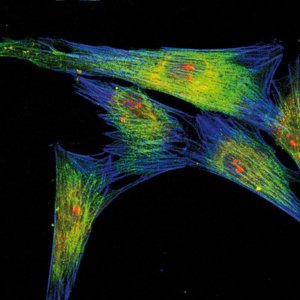 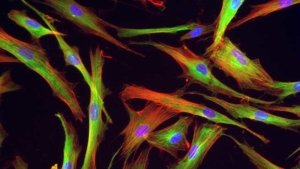 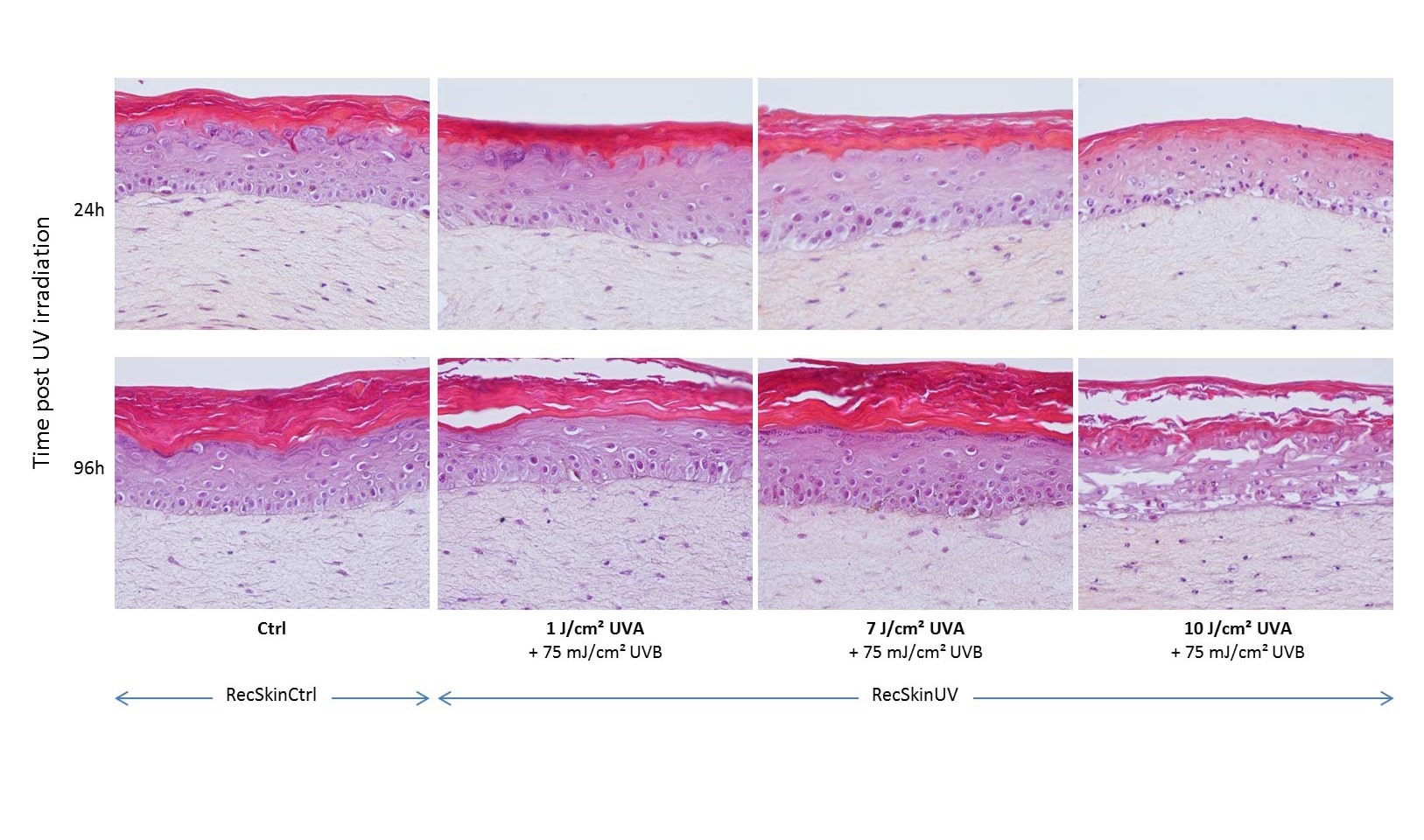 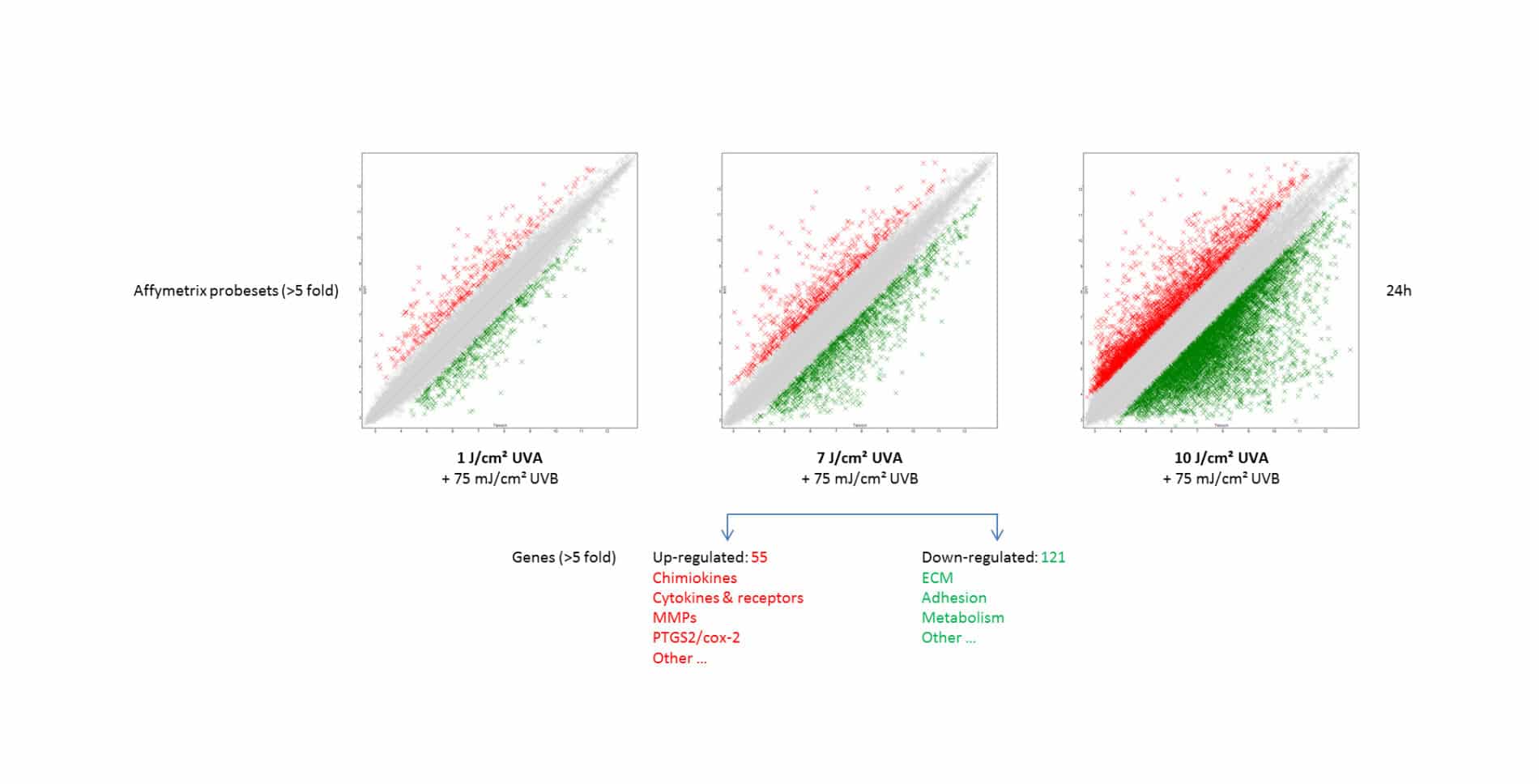 Find a Research and Testing Program to Suit Your Needs

Bioalternatives offers a comprehensive selection of services to support your research needs in life sciences and in vitro testing. Whether you require new analytical methods, complex in vitro models or even original experimental protocols, our expert team will guide you throughout the process: from the project feasibility study to the proof of concept.

Cell and tissue engineering are at the core of our expertise. Our scientists have the know-how to assist your research project with the development of complex and innovative models, including 3D tissue reconstruction, phenotypic and functional characterization, construction of genetically modified cells, and more.

With our state-of-the-art facilities and over 20 years of experience in cell engineering and cell culture, we are pleased to offer you dedicated project management support and consulting for your R&D process.

Ready to discuss a testing and research program that will suit your business’s needs?

Get in touch with the Bioalternatives team today.

Microbiota vs. Microbiome: What’s the Difference?
Scroll to top