2D vs. 3D Cell Culture: Is There a Clear Winner?

However, in recent years, we saw the rise of 3D cell culture as a more sophisticated and accurate way to simulate biological conditions outside of a living organism. Now that both 2D and 3D cultures are available, is one inherently better than the other?

In this article, we will look at how cell cultures are used, compare 2D and 3D cell culture, and examine their advantages, disadvantages, and applications.

Cell culture is an invaluable tool in biological research, with applications ranging from biological testing and in vitro drug research to tissue engineering. Cells for culturing can be removed directly from a living organism, or taken from established cell lines or strains, and then grown in laboratory in a favorable artificial environment.

Depending on the culture conditions and the cells used in it, cells in culture can grow by dividing or by differentiating. Differentiation means that cells of one type change their type or morphology. For example, during the creation of reconstructed human epidermis, keratinocytes change their cell morphology to recreate different layers of the human skin. An even more extreme example is the stem cell culture, which can be used to grow every type of cell found in the human body.

The cell culture technique was originally developed in the late 19th century and gained popularity in the early 1900s. Until recently, these cell culture systems were two-dimensional (2D): a layer of cells in a flask or a similar suitable container. However, in the past few decades, there has been remarkable progress in three-dimensional (3D) cell culture systems, which have opened up a new frontier for in vitro research.

What are 2D and 3D Cell Culture, and How Do They Compare?

Traditionally, 2D cell culture is grown on cell culture flasks. In recent years, scientists have also been using flexible surfaces for 2D culture systems, such as synthetic hydrogels and matrices of collagen or fibrin. Regardless of which of these surfaces is used for the culture, the main mechanism remains the same: cells are placed on coated surfaces, adhere to them, and spread as they grow.

By contrast, 3D cell culture is grown on “scaffolds” for example made of polycarbonate fibers or hydrogel. Some 3D cell culture methods also use magnetic levitation and other scaffold-free techniques, but these methods are still being developed.

A key factor for creating 3D cell culture is the extracellular matrix (ECM). It is a three-dimensional network made up of collagen, enzymes, and proteins that provide structural and biochemical support for the cells. A well-developed ECM allows cells to survive, grow, and proliferate in a 3D system, allowing it to recreate accurate models of human tissues outside of the body.

2D cell culture technology has been mainstream in lab research for decades. Here are some of the reasons why it remains popular today:

Despite their long history and familiarity, 2D cell culture is not without limitations, the key one being that 2D models cannot truly represent cells inside a living body. In a living organism, cells exist in three dimensions, constantly surrounded and interacting with other cells. This is not something a 2D cell culture system can replicate.

Other limitations of 2D culture include:

In addition, 3D cell culture offers an opportunity to:

Given the above advantages offered by 3D cell culture, why has it not replaced 2D models entirely?

In spite of the above challenges, the 3D cell culture technology continues growing in popularity. With its ability to support tissue-specific function and replicate the interactions between cells and cellular matrices, 3D cell culture offers some truly unique opportunities for research.

In drug research, cells in 3D models more realistically mimic the diffusion of drugs in the human body. They provide a more accurate picture of the activity of drugs on liver cells, among others. 3D cell culture systems are already being used to study skin disorders (such as Psoriasis or Atopic dermatitis), and proving more effective than 2D or mouse models.

In summary, while 2D cell culture remains relevant for fundamental and large-scale experiments, 3D cell culture offers enormous potential for true breakthroughs in research. The more accurately human tissues can be replicated in vitro, the more relevant research results will be. Based on the simple fact that human bodies also exist in three dimensions, 3D cell culture holds the key to developing better drugs and treatments. 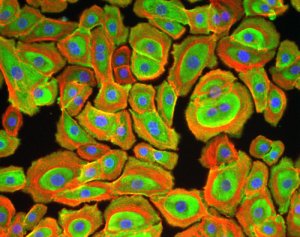 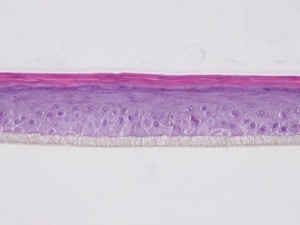 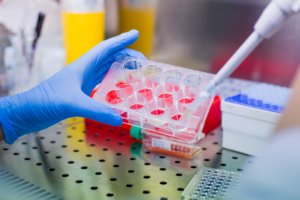 Find an In Vitro Testing Program to Suit Your Needs

QIMA Life Sciences offers a comprehensive selection of services to support your research needs in life sciences using in silico, in vitro and clinical testing.

Cell and tissue engineering is at the core of our expertise.

Our scientists have the know-how to assist your research project with the development of complex and innovative models, including 3D tissue reconstruction, phenotypic and functional characterization, construction of genetically modified cells, and more.

With our state-of-the-art facilities and over 25 years of experience in cell engineering and cell culture, we are pleased to offer you dedicated project management support and consulting for your R&D process.

Ready to discuss an in vitro research program that will suit your business’s needs?

Get in touch with the QIMA Life Sciences team today.